The Legal Council of the Hellenic Association of Political Scientists takes care of all the legal issues of the Organization. The Legal Council of HAPSc has as its primary objectives, on the one hand to supervise the work of the Organization and on the other hand to approach issues of legal interest, to highlight the relationship of law with political science and political and social development through research and scientific activities in general, to trigger further creative and constructive, interdisciplinary dialogue.

Pursuant to Chapter C, articles 26 & 28 and article 34(A) of the Articles of Association of HAPSc, the Legal Council was constituted in a body by unanimous decision of the Board of Directors, following a proposal of the President (dec. BoD 4/2015). 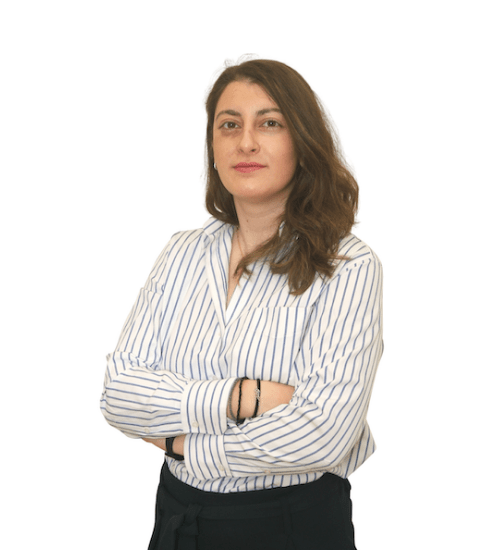 Dimitra Chatzivasileiou is a graduate of the Law Department of the Law School of the Democritus University of Thrace. She is a lawyer in Thessaloniki and specializes in Commercial and Criminal Law. She has a certification of specialization in Mediation and Family Law from the National and Kapodistrian University of Athens.
She is a regular member of the Hellenic Organization of Political Scientists since 2018 while in 2021 she acquired the position of legal advisor of the Association.
She is also a member of many more Associations, scientific, charitable, sports and cultural.
She has attended many scientific seminars and conferences. She has excellent knowledge of English and sufficient knowledge of French. In addition, she is active in volunteer groups and has participated in organizing committees of conferences and events. Her interests include topics in philosophy, psychology, sociology and volunteering. As an amateur she is involved in sports, music and writing.

Position: Member of the Legal Department

Maria has a Bachelor degree in Law from the Aristotle University of Thessaloniki. She graduated in 2017. She is a qualified lawyer, registered at the Athens Bar Association since January 2020. In the meantime, she graduated from the European Law & Governance School with an LLM in European Law in September 2018, after having been granted a scholarship by HAPSc. She submitted her thesis on EU Banking Law “The bail-in resolution instrument within the framework of Single Resolution Mechanism Regulation”.

She is a member of HAPSc since 2014 and has participated and organized numerous conferences and day conferences, with most important her participation in the Geneva Peace Week in the UN in 2016. She has worked, both as a trainee lawyer and as a lawyer, in law firms specialized in criminal and European law, as well as in a servicer in credit management. Currently, she is studying “Law & Finance” at the University of Amsterdam. She speaks English, German and French.