The main goal of the Committee on Defense and Foreign Policy is the production of research papers, as well as providing information through articles on current issues and issues of Greek foreign policy and the countries it cooperates with. The Committee focuses on government decisions, the country’s foreign policy, views on improving legislation and the development of Greece’s diplomatic relations with third countries. The activities of the committee include the organization of conferences and workshops.

The purpose of the Committee on Culture, Education & Sports is the planning, organization and implementation of relevant initiatives and actions in the fields of research, education, culture, and sports, implementing the complex programmatic aspirations, vision, and goal of the Hellenic Organization of Political Scientists while the participation of young scientists is reinforced. The Committee under the coordination of the Managers of the Organization plans multifaceted and multilevel participatory, educational, cultural, research and informative actions in the context of its theme, while promoting the mental and physical health program of the members of the organization «HAPSc Fit».

The Committee on Social Affairs deals with issues that occupied modern societies in recent times. The aim is, through its actions, to deepen into the social issues and the impact they have on local communities, to inform and raise awareness. The Committee on Social Affairs, in a European context, will play an important role in addressing issues such as immigration, poverty, gender equality, employment, and human rights, always in the context of Agenda 2030 and the Sustainable Development Goals. United Nations Development Program.

The New Technologies & Policy Committee deals with issues related to the new data brought by the digital revolution in political and social everyday life. Indicatively, the main topics of interest are the interaction of politics with artificial intelligence and ethics, big data, the application of new technologies in health, misinformation and targeted manipulation, digital diplomacy, the future of the regulatory framework and the protection of human rights. The aim is to produce studies and working texts, as well as scientific events.

HAPSc Committee on Political Economy is a pluralist think tank with an interdisciplinary approach, with the economic analysis of the phenomena it examines as its pillar. The main objective of the Committee is the research and the conduction of studies and policy proposals on issues of National, European and International Political Economy. Among else, it focuses on issues of economic growth and development, social policy, European economic integration as well as the process of financialization. It draws views and ideas from the whole spectrum of economic thought, for a multifaceted and more effective understanding of the economy.

Christina Giannou is currently a researcher at the Network of European Affairs of the Hellenic Organization of Political Scientists (EUREOPE) where she writes articles focused mostly on EU, foreign affairs and geopolitics. Since 2019 she is a member of the Hellenic Organization of Political Scientists (HAPSc) and from 2016 a member of the Council of European Studies (CES) where at this year’s 27th International Conference of Europeanists she will be presenting her paper on EU’s Farm to Fork Strategy.
She holds a master’s degree in Governance from the European Law and Governance School (ELGS) where she also plans to start her PhD. She has a bachelor’s degree in Political Science and International Relations and studied Politics and Sociology at the University of Reading.
She has worked as an assistant associate to the Ambassador/Representative of the Taipei Representative Office in Greece, in the ambassador’s office at the Embassy of Jordan and the Embassy of Nigeria, at the British Embassy she had worked in the accounts department. 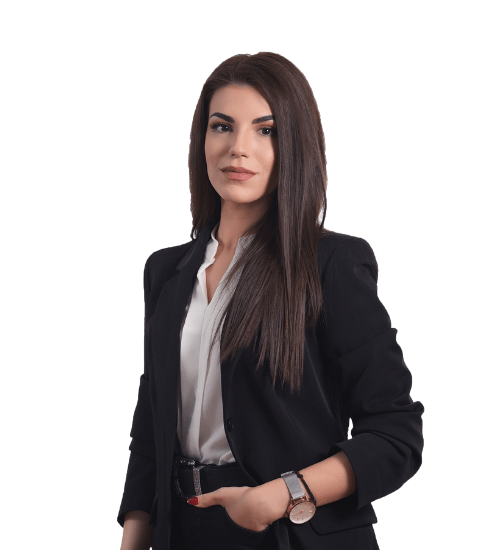 Zoi Atsipoulianaki was born in 1997 in Athens where she grew up. She is a graduate of the Department of Political Science (BA) of the University of Crete and during her undergraduate studies, she was a scholar of the National and Kapodistrian University of Athens. Her bachelor thesis entitled “Management and development of human resources in companies: Quality Research in Rethymnon” rated with “excellent”. She is currently a postgraduate student in Master of Arts (MA) “Political System and Public Policies”.
She has participated in a variety of educational programs, concerning the institutions of the European Union and local government, either as a participant or as a member of the organizing committee. In addition, throughout her studies she has attended and participated in conferences and seminars, related to various fields of political science. Her academic interests are focused on the political system, public policies, especially in health policies, administration and human resource management (HRM).
She is a member of the Hellenic Association of Political Scientists – HAPSc, since 2017. She has served the Association as Deputy Coordinator of the Delegation of Crete (2018-2019), as Supervisor of the Delegation of Crete (2019-2021) and now she is the Coordinator of the Committee on Research, Education, Culture and Sports.
She has completed her internship at the Public Financial Service (DOY) of Rethymnon and currently works in a law firm, as a desk clerk.

Zoi Mantzouri was born in Ioannina and is a graduate of the Department of Political Science and Public Administration of the Kapodistrian University of Athens. She has completed her postgraduate studies in the field of Communication at the Aristotle University of Thessaloniki. Since September 2013, she has been active in the Hellenic Organization of Political Scientists (EOPE) and has been the vice-president of the youth department (EONEPE). She has also participated in Greek-Turkish relations programs in collaboration with the University of Istanbul Kadir Has Universitesi. Since September 2019, she is the vice-chairman of the primary education committee of the Municipality of Ioannina and is active in youth actions as well as actions related to the integration of refugees in Greek society

She has been working for the International Organization for Migration (IOM) since December 2019 until today in the HELIOS an integration project as a Facilitator Site -Outreach. Since 2017 she has worked in a family business as she has completed her internship in the parliamentary office of Ioannis Stefos in the summer of 2017.She also speaks two languages, English and German. 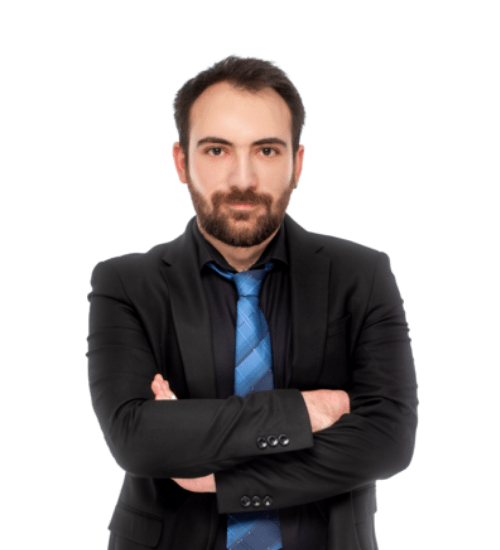 Alkinoos Emmanouil-Kalos holds a Bachelor degree in International and European Economics Studies from the Athens University of Economics and Business, and a Master’s degree in Political Economy from the National and Kapodistrian University of Athens. He first joined the Hellenic Association of Political Scientists as an intern back in 2018, and since then he has been an active member of the Association. He has contributed in the organization of numerous of HAPSc activities, from scientific events and seminars to the organizing committee of the POLITEIA International Conference and the Association’s presence in the Geneva Peace Week. Since late 2019 he works at HAPSc as an administration officer. Since 2021 he is Head of the Office of Internal Procedures, as well as the Head of the HAPSc Committee on Political Economy. He is also an associate of the Laboratory of Health Economics and Management of the University of Piraeus. His academic interests focus on macroeconomic growth regimes and functional income distribution, as well as on comparative political economy. 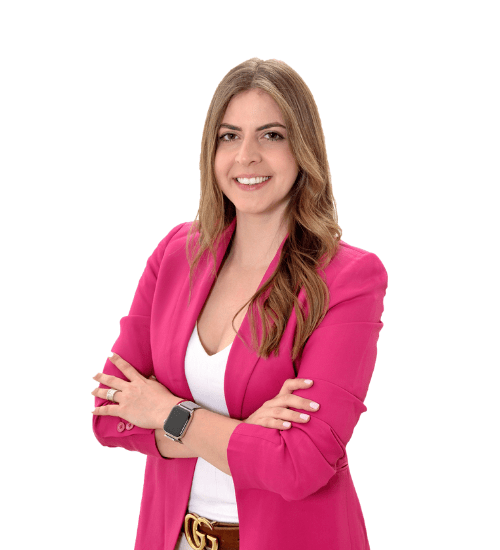 Having been raised in a family environment where politics have always been in the center of interest, Maria felt, in a rather early age, that she had to engage herself in this particular social sector. So, she studied Political Science at the University of Crete (UoC) and “European Public Policy” at the University College of London (UCL).

In the next period, she expects her Master’s Degree from the National and Kapodistrian University of Athens in “Journalism and Communication”.
The certification she received from Harvard Kennedy School in “Public Narrative: Leadership, Storytelling and Action” gave her the opportunity to study the relationship between modern leadership and public action.

In 2017, she was appointed as Head of the European Affairs of Hellenic Association of Political Scientists. HAPSc is in Special Consultative Status with the United Nations Economic and Social Council (ECOSOC). She has been in charge of organizing all over Greece simulations of regional and municipal councils operation, along with event planning and working on European projects. What challenges her is the difficulty to convince other people to take part in public affairs, communicating through dialogue and democratic procedures. In 2020, Maria was appointed as General Director of HAPSc.

At the time being, she has been working as a special advisor to a Greek MEP (Member of European Parliament) monitoring and briefing for the committees INTA (International Trade) and ENVI (Environment, Public Health and Food Safety) as well as advising on European matters and lobbying.

Maria strongly believes that mentoring each other empowers people to knowledge, followed by self-criticism, self-improvement and public action. 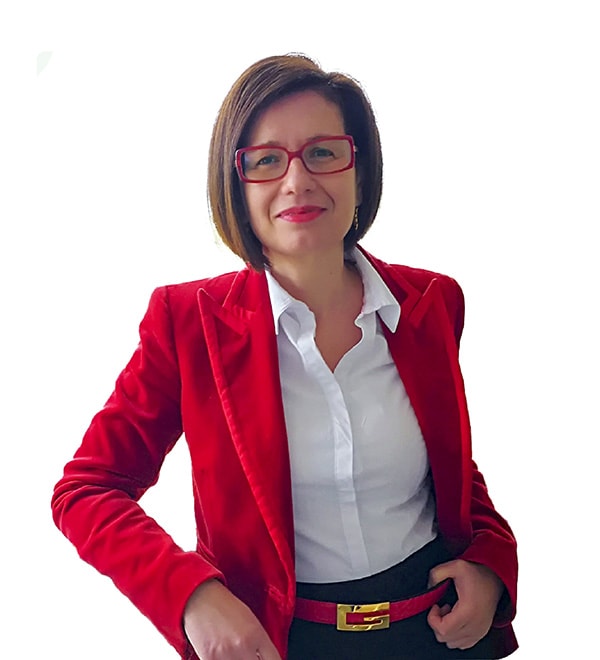 Iris serves on the boards of and is associated with a number of organisations involved in deciphering the activities of humanity. She is an author, speaker, entrepreneur, whose articles and books on an eclectic mix of issues.
This reflects her firm belief in the power of combining different disciplines in order to arrive at a more balanced and nuanced view of the topic concerned. Iris has spent the last few years researching and writing about the issues that she believes we will face in the fast-changing world of the future.
She studied Economics at the University of Athens and earned her ‘Masters’ at the University of Piraeus, where she is now a PhDc. Together with the continual updating necessary for her business career, she has continued to maintain and widen her knowledge base by undertaking numerous external studies at various institutions including: The Karolinska Institute, Harvardx, and MITx.
She has worked as a College Director, created her own Public Affairs business and worked with politicians, diplomats, entrepreneurs, and academics, as well as speaking at the UN in Geneva. In recent years, as her priorities changed for family reasons, she has focused on her research and authored 12 books. Iris now serves as CEO of Noimosini Limited, London whilst her other interests include being an active Member of the Board of HAPSc.
In addition, she is also a Scientific Associate of the Laboratory of Health Economics and Management of the University of Piraeus. In 2019 she joined the Board of Womanitee – a Greek initiative to create a network of Centres for the Promotion of Female Entrepreneurs, acting under the auspices of the Ministry of Development and Investments, the Ministry of Work, and the Central Union of Municipalities in Greece.